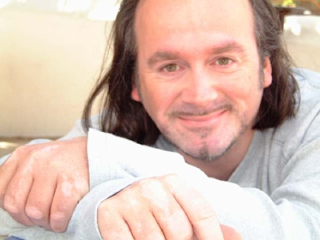 I received an email from a Stardust co-worker, Steffen Harder, on the passing of Thilo Rex, our old Potsdam boss. I thought I'd post it on the off chance that any of my ex Stardust colleagues visit the blog. He was a good man and will be missed, dying at the young age of 51. He was found in his apartment following two days' unanswered phonecalls. I didn't know him as well as the rest of the crew that stayed on during the financial difficulties the studio was going through at the time, but I will say that my memories of the time there have entertained buddies and colleagues in pubs, bars or wherever I've ended up since. He was one of the great characters I've come across in the industry since I began my career.

I was kind of shocked to hear the news. He was definitely the strangest boss I've ever had. Hopefully he went peacefully...

Yeah it was strange news to receive alright man. Hopefully he did.

Scribbler said...
This comment has been removed by the author.
February 05, 2009

That's actually quiet shocking and sad - what a strange guy and what a life he led.

He'll be entertaining the crowd with wild stories of wild women in whichever bar he drinks at in heaven.

I'm really sad to hear that! He was a character for sure! And no matter what his flaws, it was never boring to work for him ...

yep he was a character alright, and boring and Thilo were never mentioned together in the same sentence

Karin, I am sorry about your loss. I hope you and your son are well. You are always in my thoughts. Jon

Does anyone know how to reach Thilo's family or estate? He sent some money for a new Chroma PSU and we're trying to return it.

Was trying to find his new email on google and came to this site and found he is dead...He gave me my first real job as a 3d Artist. F***, 51 Years old, too young, but I know he lived more than 10 "normal" lives.
I´m so sorry...And I thank you for that chance you gave me. I worked 2 Years on Stevie Stadust. Marc

He gave us our first start as well.Christa and I where one of the first to be hired by Thilo, Actually #3&4 I think, this was way before the Potsdam days. I can remember he drove us out into the middle of nowhere showing us an empty building, we thought, who is this guy.
Well there will be no more "Body Shaves" for you my friend! (those who really knew him will remember). RIP Thilo it was a very long strange trip. In the end I am very sad to hear it.
Stan Miskiewicz Owner Black Point Studios

I was Googling on Thilo Rex because i was wondering what he was doing now. Strange but straight in all perspectives. I think that this makes his team so good. I hope that he enjoyed the last 10 years. Respect, from Witan [Stevie Stardust - Playstion 2] team.

I knew Thilo a bit before the Stardust days.
I was to go with him to Germany however I went to work on Reboot instead.
Indeed he was a character. i enjoyed his karma.

Sorry to hear that. Was a Visioner, although a strange one. Rest in Heaven Dude. Hope all your Stories are with you...
Andreas Höss